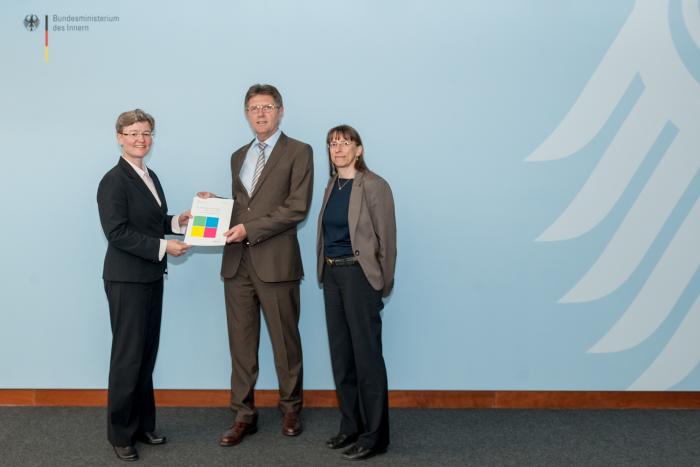 Population data are an important tool for political planning processes. Recent immigration and changes in population structure require up-to-date and valid data. The upcoming Census 2021 is indispensable for science and policy. However, according to Dr. Rockmann, who chaired the working group Census of the German Data Forum, there is much work to be done in preparation of the 2021 Census and future population surveys, which includes bringing in the necessary regulations into the legislative process. The working group has spent the past several months developing recommendations for the Census in 2021 and future population surveys together with representatives of science and the statistics agencies.

The German Data Forum’s recently published report contains extensive recommendations on the way the 2021 census should be designed. They encompass legal conditions as well as short and long-term measures to monitor, evaluate and refine the data collection process. One of the RatSWD’s central recommendations for the 2021 Census is to optimise the resident register to ensure up-to-date and complete data. It recommends creating a commission of the Federal Ministry of the Interior (BMI) including representatives of the statistics authorities, data protection offices, and science in order to ensure quality control of the resident register. Furthermore, it states that research on methodology and quality control are essential for advancing the Census. This will require process data, which are created during the data collection process, as well as the legal requirements for science and research to access these data. Both were neglegted during the 2011 census. For this reason, the RatSWD is strongly in favour of legally requiring independent scientific monitoring and evaluation into the Census Preparation Act to secure quality control and quality of methods. This is the only way of comprehensively tracing and assessing effects of methodological decisions on the survey’s results.

In the long term, the task is to develop a concept which will meet the demands laid out by European Comission with regard to the provision of high-quality population data as of 2024. The German Data Forum recommends the Federal Ministry of the Interior creates a international working group consisting of representatives of official statistics agencies and science.

For press requests and to order a printed copy, please contact office@ratswd.de

On the Census in Germany
In 2011, Germany used a register-based procedure for the Census for the first time. Contrary to earlier traditional population surveys (surveying of the entire population), existing administrative data (e.g. the official register) were used – complemented by population surveys on a sample basis – to determine population size. The 2021 census will use an identical procedure. A part of the necessary measures will be regulated by the Census Preparation Act, which will be passed by the Bundestag this year. A law on census implementation on the federal and the state level will be developed later on and subsequently passed by the respective legislature.